Complete Flight over the Nazca and Palpa Lines

Complete Flight over the Nazca and Palpa Lines

Overview – Complete Flight Over the Nazca and Palpa Lines

A complete flight over the Nazca and Palpa Lines, that shows you all the best of the Peruvian desert.
Unlike the classic Nazca Lines flight, this special tour lasts one hour and covers a bigger archaeological zone. 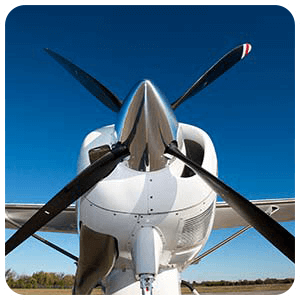 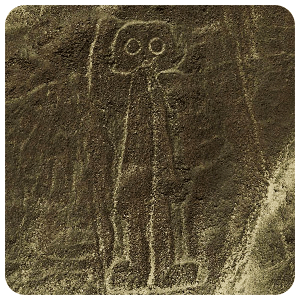 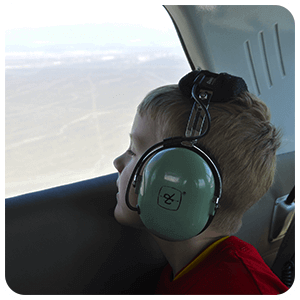 Description – Complete Flight over the Nazca and Palpa Lines

Perhaps the most striking images of all, is the Astronaut, a strange human shape with a large head and big eyes.
Unlike the other designs, the astronaut was drawn on a hillside and not on the surface, as most of the Nazca Lines. 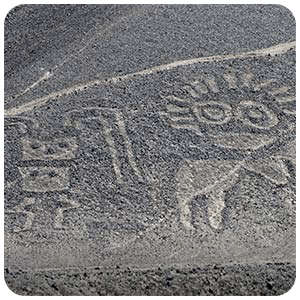 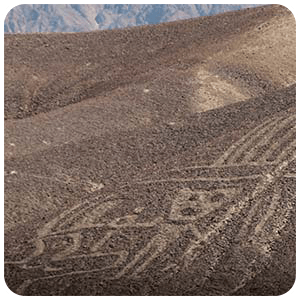 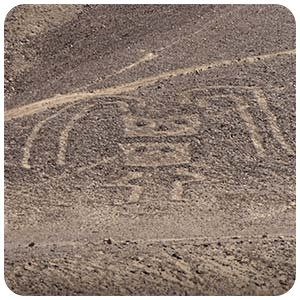 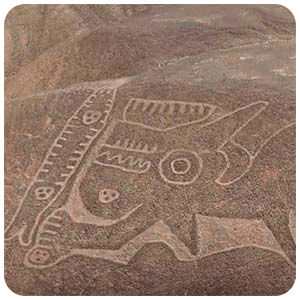 What is not included?

Map of the Complete Flight Over the Nazca and Palpa Lines 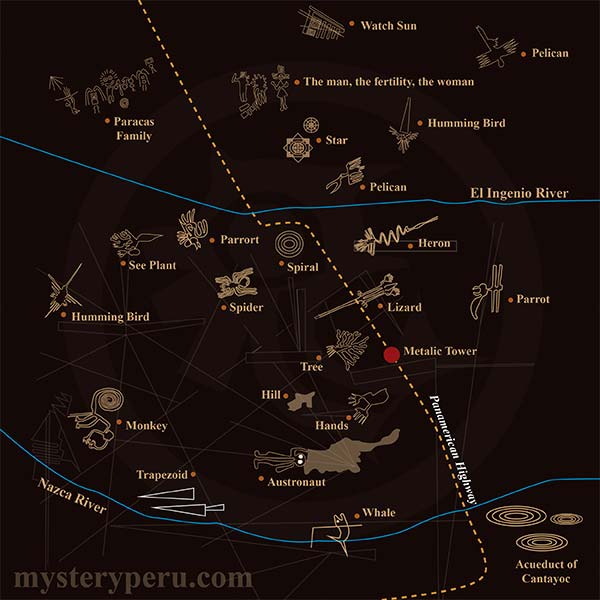 Our Complete Flight Over the Nazca and Palpa Lines is subject to availability.
We highly suggest to send us an e-mail and ask for availability.
You can write to us to [email protected]
For a quick reply, kindly contact us via WhatsApp.
Click on the following number to contact us +51 956691155.

No problem at all, as there is no minimum number of passengers for this aerial tour.
Solo travelers, couples, and small groups of travelers join other passengers on the plane.

Weight Limit on the Flight

For safety reasons, the airlines that operate the Nazca Lines flights have a weight limit per seat.
The weight limit is 200 pounds (90 kilograms) per passenger.
If a passenger exceeds this limit, then the passenger will need to pay an extra fee for another seat.
Nonetheless, if the other passengers flying with you are lighter, then the extra fees might be avoided.

The Nazca Lines flights leave daily at 7:30 am.
Though private early departures can also be arranged.

The last flights over the Lines usually leave at 5:00 pm.
Unlike domestic or international flights, the Nazca Lines flights do not have a precise time departure.
Time departures will always depend on weather conditions and air traffic.

The time of the flight can be arranged when you book the tour.
The Nazca Lines flight last  1 hour.

How do I get to the Nazca Lines?

First of all, you need to travel to the city of Nazca, located some 450 km south of Lima, on the Panamerican Highway.
Once in Nazca, there are two options to see the lines.
The first and cheapest option is to visit the lines by land, visiting the Nazca Metallic Tower, locally known as the Mirador.
So, for this option, you need to take a local bus towards the Mirador, located some 25 km northwest of Nazca.
From the top of the Mirador, you can see various figures, as well as large geometric forms and Lines.

The second option is to take a flight over the Nazca Lines, which is by far the best experience.
From the plane, you can see not only various animal creatures but also hundreds of lines and a bizarre desert landscape.
Flights to the lines leave from the Nazca airport, located some 4 km from downtown.

Is it worth flying over the Nazca and Palpa Lines?

Yes, it is worth it, as by visiting the Nazca Lines you will be adding to your travel memories a cultural heritage site.
Its great complexity makes it a unique monument that does not exist in any other part of the world.
The Nazca Lines are a must-visit in Peru, one of the best highlights in the land of the Incas.

Can you see the Nazca and Palpa Lines without flying?

The answer is yes, there are actually many sites from where it is possible to see some drawings.
The zone of Palpa, some 45 km away from Nazca contains various lookout points to observe the lines.
East of Nazca, there is a zone known as Cantalloc, from where it is also possible to spot various lines.
You might contact Mystery Peru, we will glad to provide you further information including maps.

Who discovers the Nazca Lines?

The Nazca Lines remained unknown to the world for over 1000 years.
Thanks to their gigantic sizes and isolated location, they laid hidden to the human eyes.
It was not until the 1920S, when airlines pilots, flew over the zone and spotted various straight lines.
Shortly afterward, the news about these desert lines spread around the country.
In 1926 Archaeologist TORIBIO MEJIA XESSPE arrived in Nazca, following the pilot’s report.
After exploring the valley and observe some lines from the hills around Nazca, he thought they were Ancient Sacred Roads.
Unfortunately, the reports made by Mejia Xesspe did not attract the attention of the public in those years.

The Nazca desert covers 500 square kilometers and contains over 300 animal figures, including insects and plants.
The largest figure is a giant bird, with over 300 meters long, about 3 soccer fields.
Due to its large dimension, most of the figures can be seen only from the sky, from the ground level is almost impossible.
The oldest figure belongs to the Paracas culture, an ancient people that flourished around 800 B.C.
UNESCO declared Nazca Lines a World Heritage Site on December 17, 1994.
The large triangles drawings of the Nazca desert gave rise to the Alien theory.
Next to the Nazca desert exist many ancient cemeteries that have been ransacked by graverobbers.

For the purchase of this tour, you are welcome to participate for free in our virtual conference on the Nazca Lines.
For further details check out the following link…NAZCA LINES ONLINE LECTURE 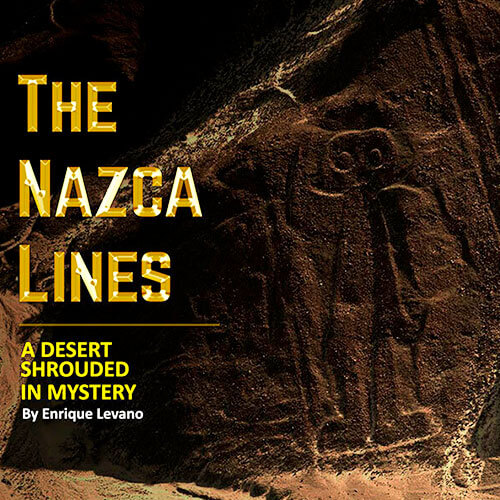