Excursion to the Huaca of The Dragon

Excursion to the Huaca of The Dragon

Overview – Excursion to the Huaca of The Dragon

Our excursion to the Huaca of the Dragon will take us to the origins of the Chimu Civilization.
Also known as the Rainbow temple, this fantastic Chimu site is located in the sunny city of Trujillo.

09:00 h. Our tour starts at your hotel in Trujillo, our guide will pick you up from there.
Shortly afterward, we head towards the Rainbow Temple, located only 4 kilometers away from downtown.
Upon arrival, our local guide will show us around and will provide a detailed explanation of the Chimu Culture.

This Chimu temple is surrounded by high walls, with a pyramid in the center, including platforms and ramps.
According to the archaeologists, the Dragon Temple was built around 900 AD by early Chimu people.
On the other hand, some scholars believe the temple was also occupied by the Wari empire in the last periods.
Some scholars call this site Temple of Dragon due to the presence of various bizarre creatures showing two heads.
Likewise, above the dragons, we can see various arches, which is why people also call this place the Rainbow temple.
Also, some other walls show zoomorphic and anthropomorphic representations as well as various marine creatures.
Experts claim the Dragon temple was a ceremonial site linked to rituals in honor of the rainbow.

Finally, we will return to your hotel in the city of Trujillo.

Our Excursion to the Huaca of The Dragon is subject to availability.
We highly suggest to send us an e-mail and ask for availability.
You can write us to [email protected]
For a quick reply, kindly contact us via WhatsApp.
Click on the following number to contact us at +51 956691155. 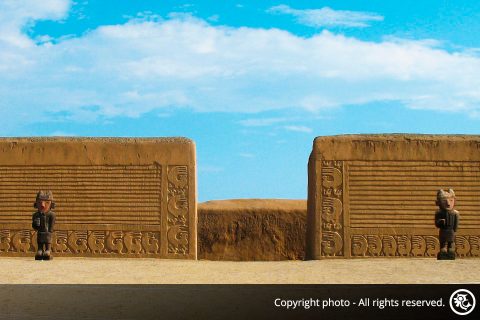 Tour to the Ruins of Chan Chan 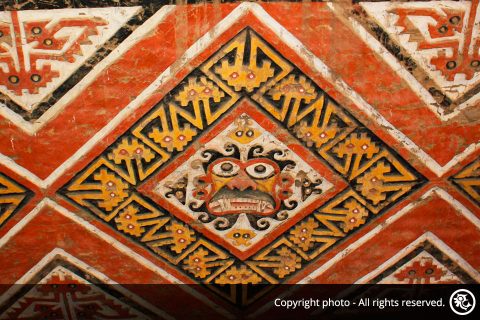 Excursion to the Huaca of The Dragon:

Excursion to the Huaca of The Dragon. 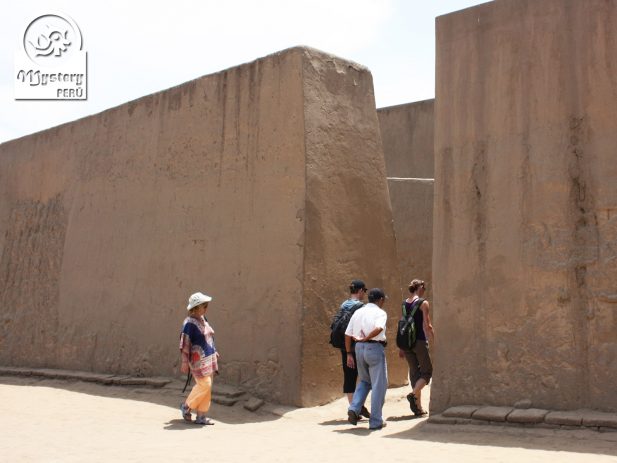 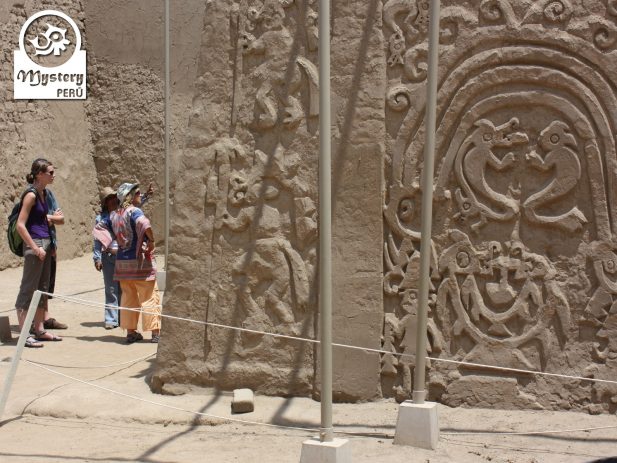 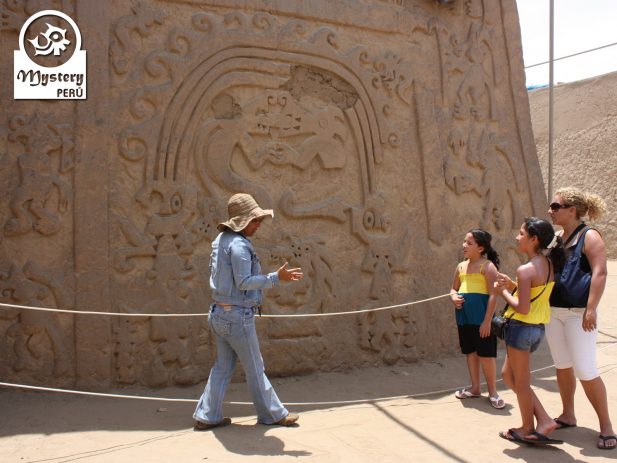 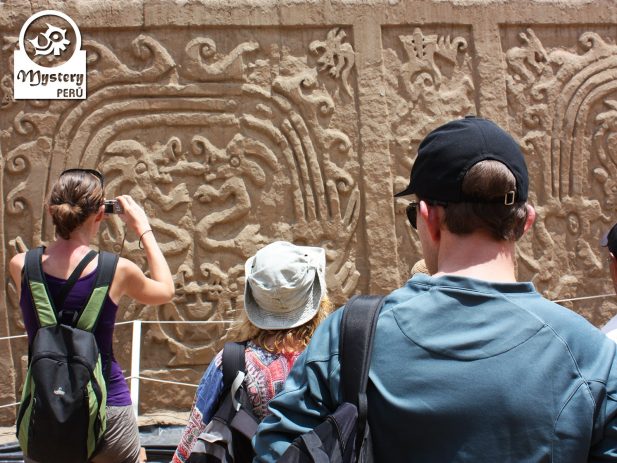 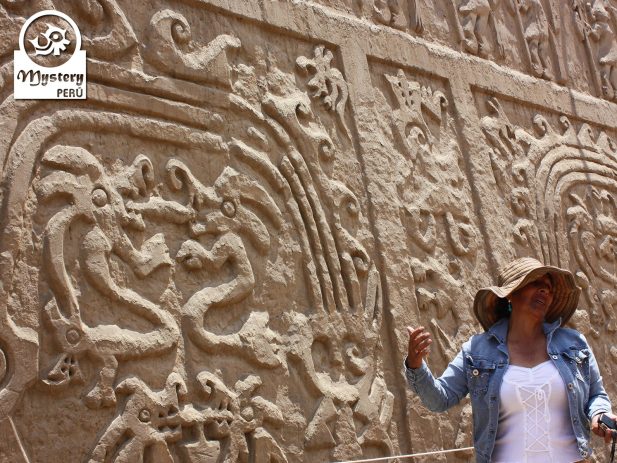 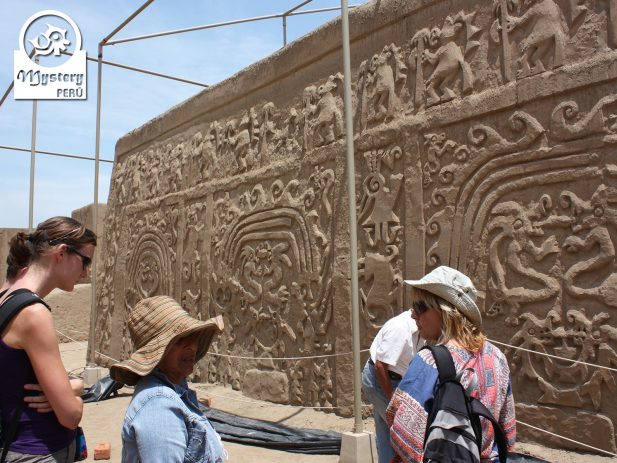 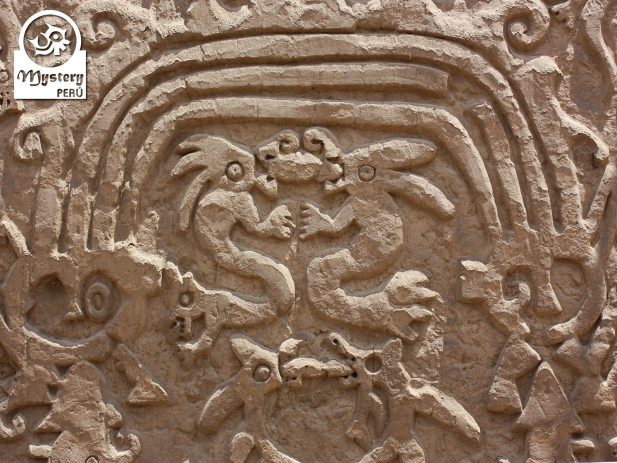 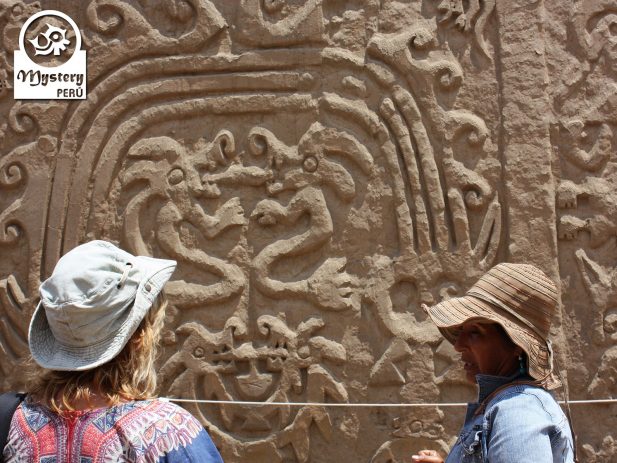 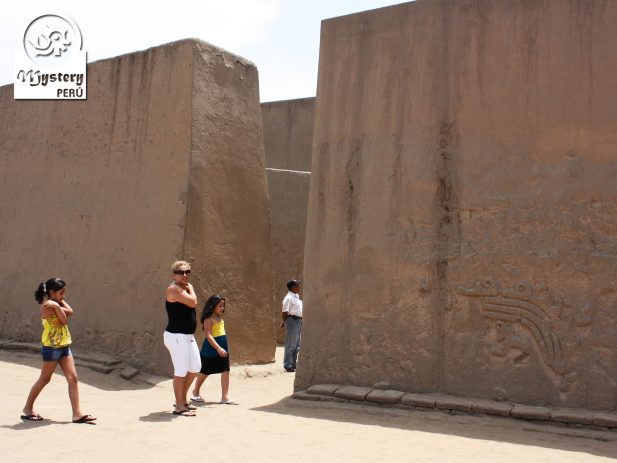